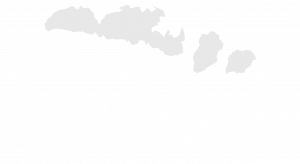 Reasons to visit the Aran Islands

The Aran Islands are a group of islands made up of Inishmore, Inishmaan and Inisheer. The same order goes for size from largest to smallest. With a population of 1,200 people, the islands, which are located off the West coast of Ireland, are unique in many ways. Both Irish and English are spoken there.

The Aran Islands are not like your everyday exotic islands which exist across the world. They are unique with their spiritual atmosphere and variety of monastic sites.

Getting to the islands

Year-round ferry passenger services exist. Aran Island Ferries operate a year-round service from Rossaveal in County Galway, connected by a bus service from Galway city. A heavy-cargo service operates several times a week from Galway Harbour, and is operated by Lasta Mara. More info can be found on WWW.ARANISLANDFERRIES.COM

Aer Arann Islands operates an air service from Inverin to Inishmore Airport, which has a connecting bus from Galway city. Ferries are also available to the Aran Islands from Doolin in County Clare

A glimpse of old-fashioned Ireland in the modern world

In the last century or so, Ireland has become very modern and has moved with the times. Vibrant cities have become the norm and the old Irish outdoors style of living has been largely left behind. However, on the Islands, the old-fashioned style of life remains the same and untouched. In fact, arriving in the place feels as though one has stepped into a time machine. What’s even more interesting is the fact that Irish is still the main language here, though English is widely spoken by most of the population.

An atmosphere that is second to none

At the Aran Islands Hotel in Inishmore, trad sessions and live music are held every weekend and most nights during the busy summer season at Madigan’s Bar and Restaurant.

The Aran Islands scene consists mostly of old Irish pubs and small restaurants. Inishmore in particular is home to the impressive Aran Islands hotel which offers everything from a warm open fire to traditional home made food served with a smile. Guests often leave calling it their Irish home away from home.

The Aran Islands hotel also offers Seaview Bedroom Chalets which are an excellent addition both to the hotel and the Islands themselves as it offers guests a unique way of experiencing the place and its way of life. As soon as you exit the chalet, you are hit with beautiful sea-front views, fresh air and a sense of belonging.

Those who live on the island state that the island truly comes alive after 5 o’clock, which is when the last boat departs, so if looking for a place to stay, the Aran Islands hotel is a sure bet.

See for yourself on WWW.ARANISLANDSHOTEL.COM

Activities on the islands

Aran offroad experience – Aran offroad is a family run business operated by native islanders. With many decades in the tours business, brothers Padraig and Aonghus have a lot of experience given that their family go back three generations with horse and cart tours on the islands. With the help of their Land Rover Defender, Aran offroad helps you see things on the island that other modes of transport simply would not be able to. The brothers offer small group experiences which will help you explore local attractions and unique spots on the island. More information can be found on aranoffroadexperience.ie

Aran Scuba Diving – Dive Academy Diving School has been operating since 2010 and provides scuba diving experiences to both adults and children in the Atlantic Ocean off the coast of Ireland. Other activities offered include kayaking tours and snorkelling with seals. For more information on all the offered activities you can visit WWW.DIVEACADEMY.INFO

Aran bike hire – visitors to the island of Inis Mor can venture around the island by bike. Some say this is the most convenient mode of transport to fully embrace the island and what it has to offer. The family run business has several bikes which suit people of all ages. The shop is located at the pier where people leave the boat. Staff are friendly and can advise you on what routes to cycle depending on how long you are staying on the island. All information can be found on WWW.ARANISLANDSBIKEHIRE.COM

Aran Sea Tours, the newest adventure on the islands! 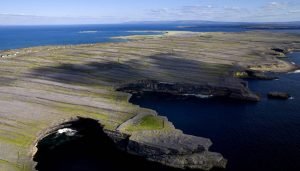 Reasons to visit the Aran Islands

How to get to Inis Mór